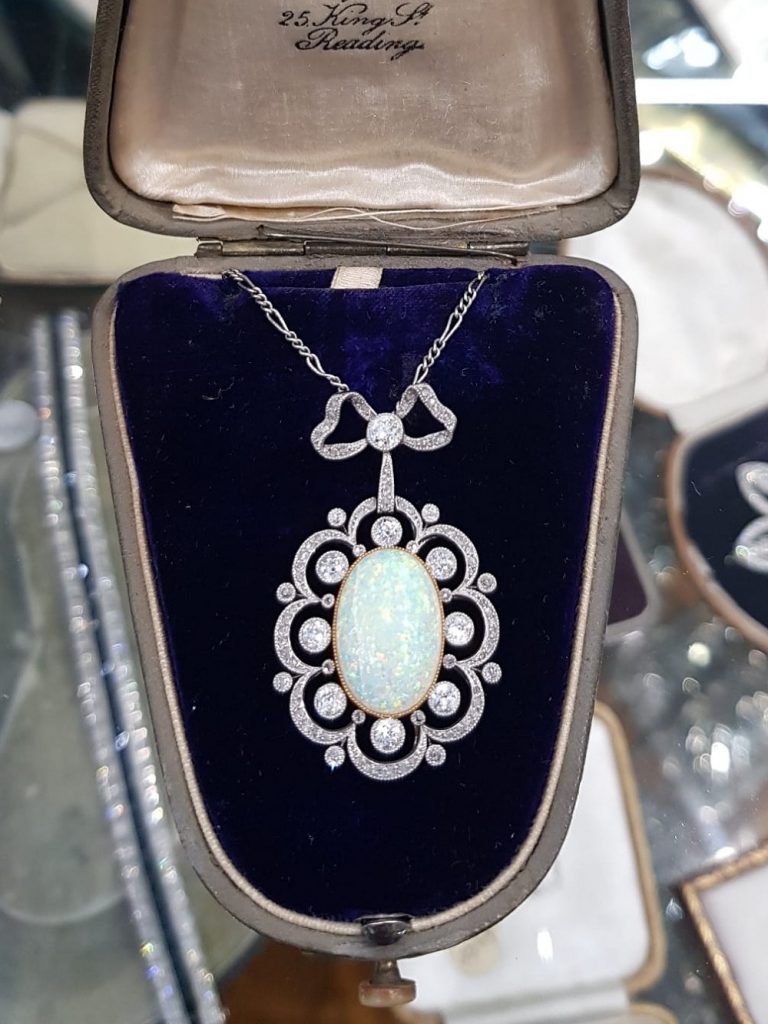 Beautiful original Edwardian period lady's opal and diamond set pendant and chain, made in England c1910, it is set in a fine platinum setting with a single oval shaped richly coloured fine opal in the centre set in a Milgrain setting. This is surrounded by old brilliant-cut diamonds set with a bow at the top of the pendant.

Edwardian diamond ring set in fine eighteen carats yellow and white gold with a transitional-cut diamond at the centre and finely split shoulders decorated with diamonds, 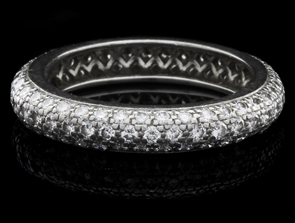 Superb lady's full diamond set eternity ring set in a fine platinum setting. It is made by Cartier & Co. and is set with three rows of brilliant-cut diamonds set in a four claw setting 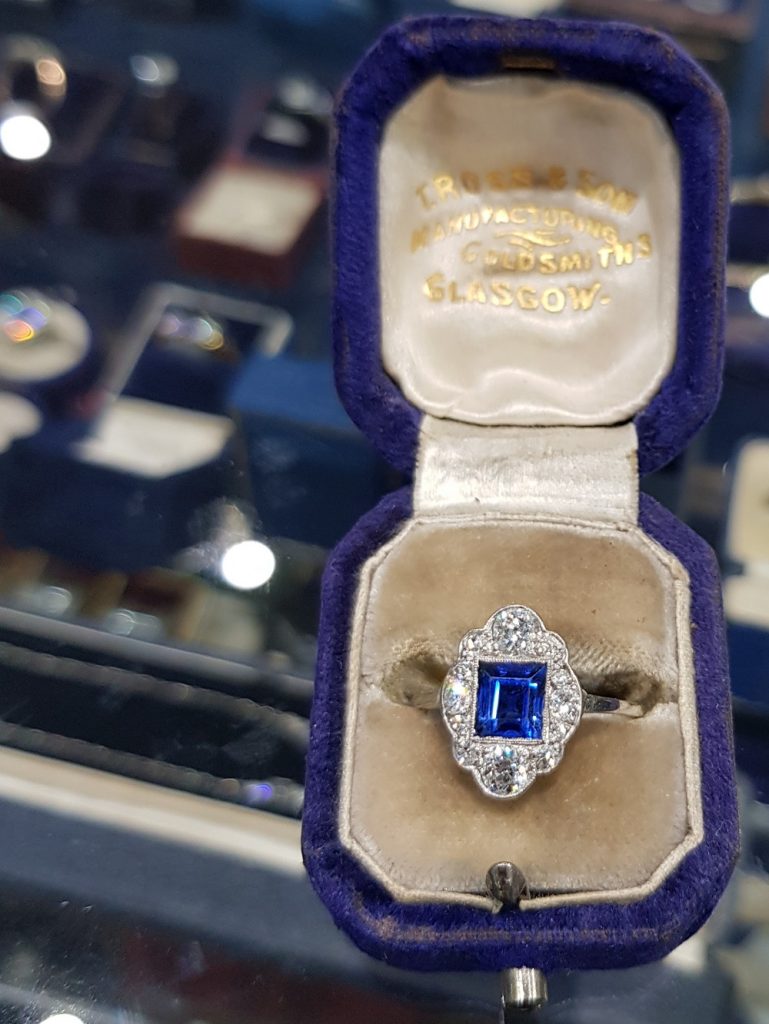 Beautiful original Art Deco period lady's sapphire and diamond set dress ring, made in England c1920. It is set in the finest quality platinum setting with a single asscher cut sapphire stone set in the centre in a Milgrain setting. This is surrounded by 12 old brilliant-cut diamonds of various size set in a low panel shaped Art Deco setting 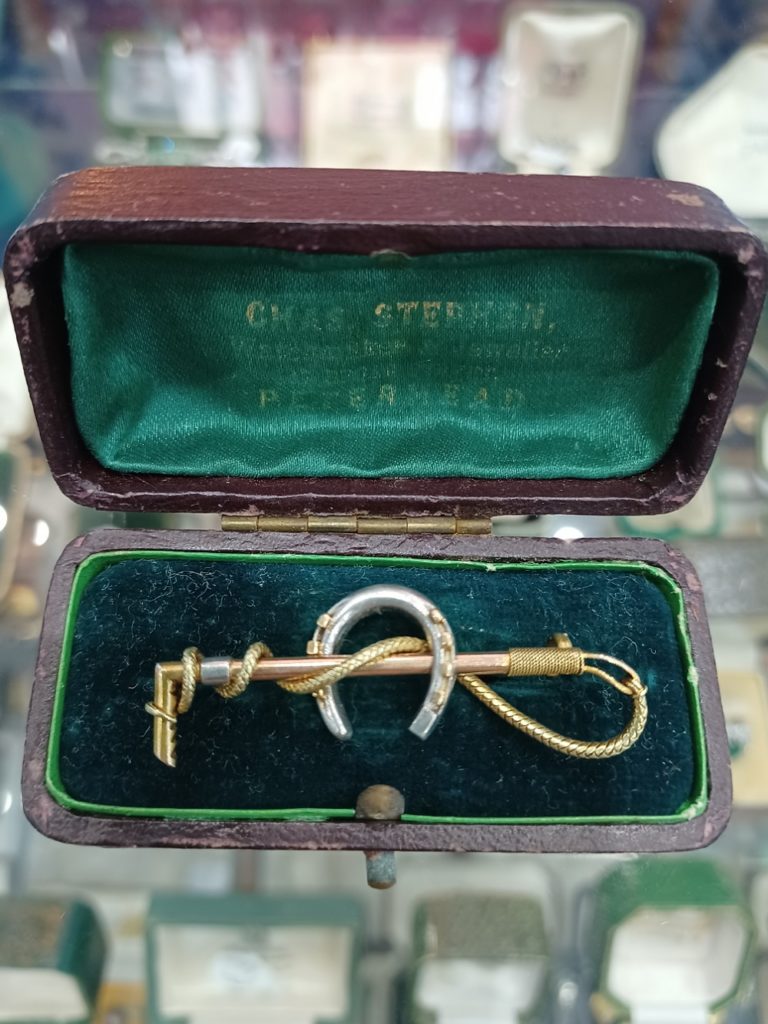 Edwardian brooch, made in England c1900, it is made in fine eighteen carats yellow gold and platinum, in the form of a horse shoe and riding crop.
It is a beautiful heavy weight example of this style of brooch. 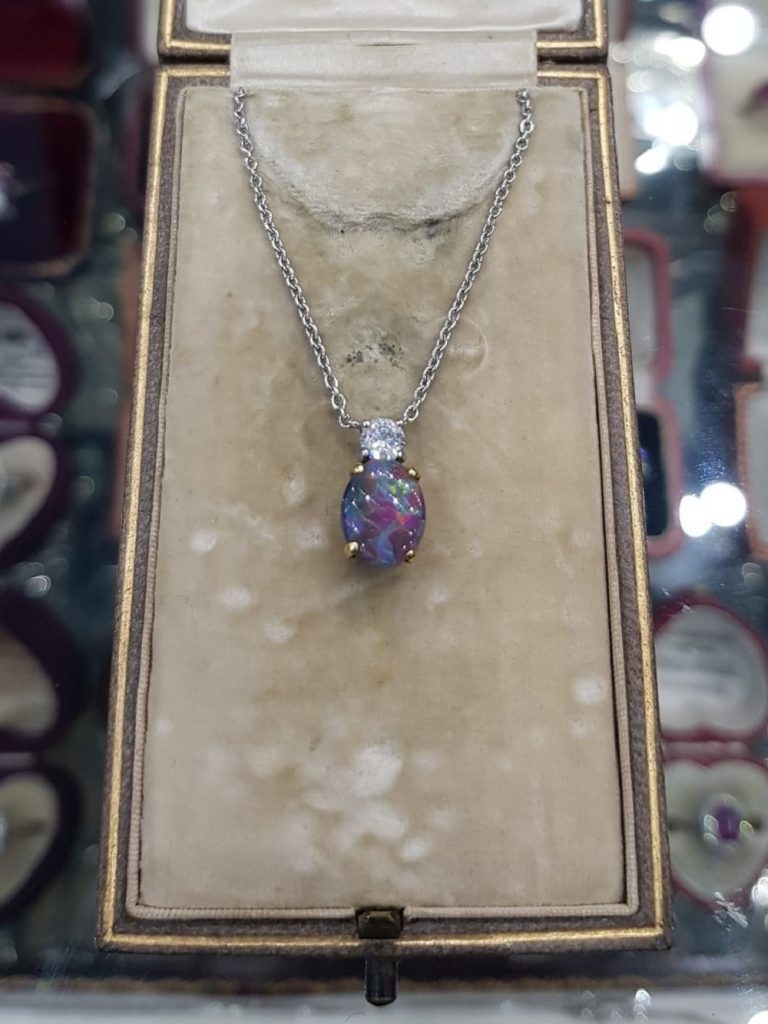 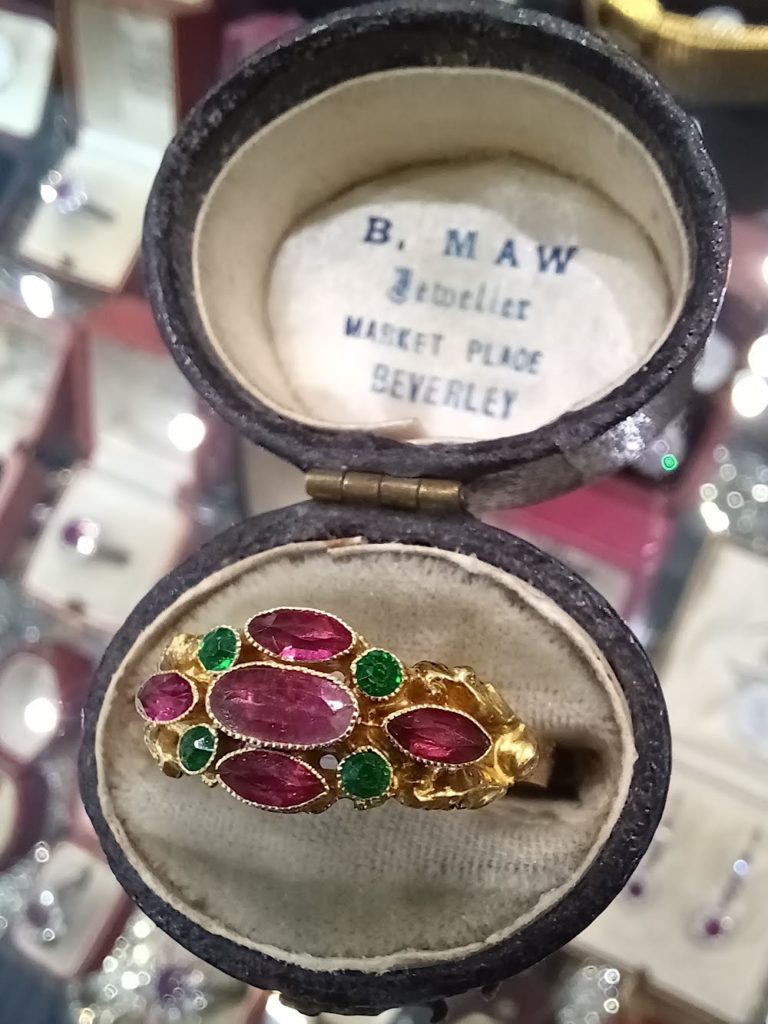 Unusual and rare Georgian period ring, made in France c1810-1820. (It was the Empire period there)
It is set in a fine eighteen-carat carved yellow gold setting, featuring four round green garnet stones, and five oval pale-pink sapphires.

It is fully hallmarked on the inside shank, with the Ram's head, as used prior to the Second Empire's Eagle mark, dating to ring to before 1836.

A rare an uplifting period piece with vibrant colours. 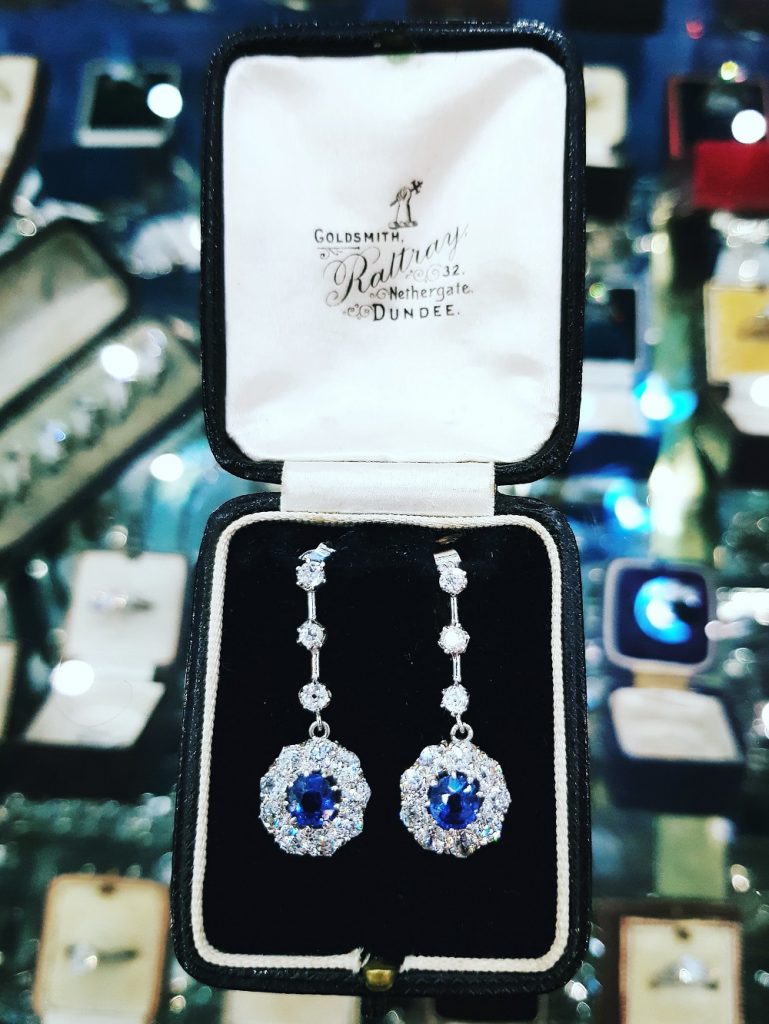 Beautiful pair of original Edwardian period lady's sapphire and diamond set drop earrings
Made in England c1910 they are set in fine platinum settings with each earring being set in the centre with a single round cut sapphire stone set in a clawed setting.
This is surrounded by nine transitional cut diamonds set in a similar clawed setting.
All within a cluster style setting.
It is also set above with three smaller transitional cut diamonds graduated in size in an Edwardian drop style setting.